Sam R. Flowers November 17, 2021 Postal code Comments Off on Your postal code and your healthcare: a necessary correlation 2 Views

The health care you receive depends on your postal code. Despite government funded health care across the country, each province and territory has a different insurance plan.

For example, dental care is provided by the federal government to military personnel, persons of recognized Aboriginal status, veterans, federal prisoners, refugees and members of the RCMP. But dental care is not covered by provinces and territories for other people, unless it is provided in a hospital, usually for emergency purposes resulting from accidents or injuries.

There are exceptions to this rule. Quebec offers dental services to children under 10, although the list of services is not exhaustive. In most other jurisdictions, a limited range of dental services are provided depending on resources and for specific populations.

“In Canada, general oral health care is not included in the Canada Health Act (CHA). Most Canadians receive oral health care at private dental clinics and pay for the services through insurance or by paying for themselves.

Similar inconsistencies exist regarding treatment for autism, cancer medications, and highly specialized surgeries, among others. Why? Provincial and territorial governments negotiate with the federal government for health care funding that covers only a proportion (on the order of 30%) of the government’s overall health care costs. But once the funds are transferred, the various ministries of health have discretion over the services covered, beyond the five principles of the Canada Health Act:

Why don’t all jurisdictions offer the same health services? The simple answer is that provinces and territories have significant differences in their demographics. The age of the population, its health habits (such as diet, smoking, alcohol consumption, exercise), the proportion of different cultural groups and the incidence of geography-related diseases (due to environmental and occupational factors) affect the overall health needs of the population. population. These factors guide the priorities of government health plans to serve their populations.

It is often forgotten that provincial and territorial health insurance plans are insurers; they are not health care providers. And, as with any insurance policy, there are different coverages.

Similar considerations explain some of the reasons why where you live determines the local handling of the COVID outbreak. It is well known that at the start of the pandemic, it was the frail elderly in collective settings who were the first cases requiring hospital and intensive care treatment – and who died in disproportionate numbers.

Public health authorities in provinces with significant numbers of elderly residents have been the hardest hit. British Columbia was the epicenter of the COVID crisis early on. Ontario and Quebec followed, as their size means they have a large number of people in long-term care homes and other care facilities for the elderly and at risk.

Many volumes will be written on the state of care in long-term care residences, particularly, but not exclusively, those that are owned and managed by individuals. But there is no doubt that the frail elderly bore the brunt of the start of the pandemic. In some provinces, this is still the case.

The pandemic has also brought to light the role of the Public Health Agency of Canada, individual provincial and territorial public health agencies, and even municipal public health agencies. Confused and sometimes contradictory information was provided. But in their defense, these agencies had not had very public profiles (an irony for agencies with “public” in their titles) and there was no clear protocol on the degree of discretion available to agencies in the field. different levels.

Sometimes politicians listened intently to these experts. Other times, politicians have listened to the many and diverse infectious disease specialists, panels and groups for advice. And sometimes it seemed like politicians ignored all of that advice.

Again, there did not appear to be a clear chain of command for decisions related to COVID. Some regions took control very early on, for example, the creation of the bubble in New Brunswick, Nova Scotia and Prince Edward Island and the closure of northern communities to foreigners. Other parts of the country, such as Manitoba and Saskatchewan, have been slow to impose restrictions. Other jurisdictions, such as Alberta, have changed course on several occasions.

And that was before the vaccines were available. Once the injections were approved in Canada, jurisdictions applied different eligibility criteria. When British Columbia announced that it would delay second injections beyond the recommended interval in order to give the first injections to more people, Bonnie Henry, the province’s public health chief, was strongly and severely criticized. A few days later, the rest of the country did an about-face and followed suit. Evidence has since shown that Henry’s decision made a significant positive difference in Canada’s ability to contain the virus.

Now that the third injections are available, there is no doubt that each jurisdiction will once again establish their own eligibility criteria, reflecting local demographics and the incidence and severity of the disease. At this point in the pandemic, provinces and territories are far from consistent in dealing with restrictions and cases. There are also no common guidelines on how and when to lift the remaining public health measures and recommendations.

There is no one-size-fits-all approach to COVID-19 in a country as large and diverse as Canada. This may be a wake-up call to better prepare for the next pandemic. There will be another one. 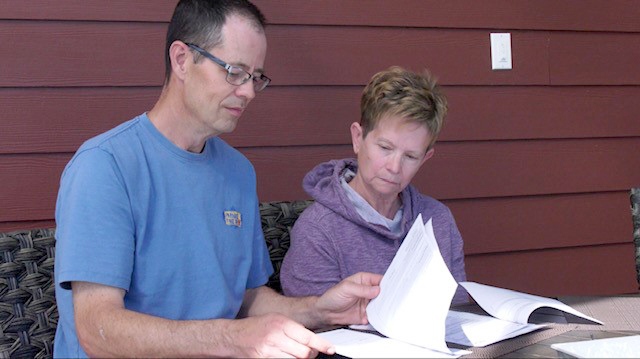